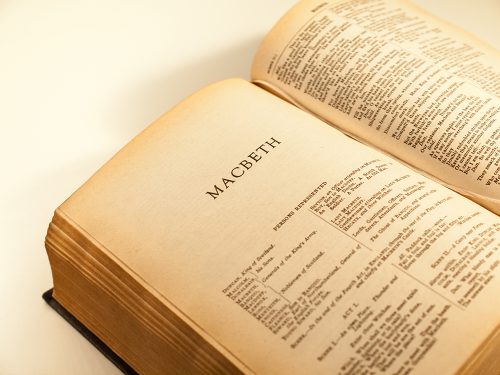 Today’s entry is about characters from various media forms that one day I would hope to have the chance to portray.

For those that don’t really know me, I will wholeheartedly say that I am one of the biggest nerds of all time. Video games, Game of Thrones, cartoons, you name it. Ever since I was a kid, when my parents first bought me a Nintendo 64, I was totally hooked to video games.

In all seriousness though, it fascinates me nowadays to look into the people behind the voices of some of my favourite characters from video games and cartoons, such as Charles Martinet who voiced Nintendo’s favourite plumber, Mario, or Mark Hamill who voiced The Joker in the original Batman animated cartoons and in the Arkham video game franchise. Even though I have not had training in the realm of voice acting like the legendary Troy Baker, it would be an amazing honour to say that I played a character in a video game I loved to play as a child.

While a few of the Hollywood actors that have done voice work before, such as Chris Rock who voiced Marty the zebra from the Madagascar animated film series, have gone to the lengths to jokingly say how easy voice work can be. However, in my opinion, while it might not appear to be as hard as acting on stage in a production, I do believe a lot of actors in video games go unnoticed even though they have an extremely exceptional performance as their character in a video game.

One example I can think of off the top of my head was Courtney Draper, who voiced the character of Elizabeth in the Bioshock Infinite game. Her performance brought life to the character that was stood out from many of the other games I have played in the past. The game’s plot was extremely well written, and both Draper and Troy Baker, who voiced Booker DeWitt, used their voices to emote powerful and emotional moments that required true dedication during the voice  work.

In terms of theatrical or film performances, that would be an entire blog itself and would take forever to write. To simplify it, I have always been fascinated by William Shakespeare’s works, from Hamlet to Romeo & Juliet, and it would be amazing to play one of his famous characters on the Stratford Festival stage. Funnily enough, I went to Stratford for a summer course with my university during my third year of studies, and ever since going there, it has fueled that desire to play a Shakespearean role at some point in my career.

In terms of listing characters that I would someday hope to play on stage, there are plenty that I would hope to portray one day, but if I had to list a top three, they would be as follows: Macbeth from Shakespeare’s tragedy Macbeth, Roger from Jonathan Larson’s musical RENT, and Mark Rothko in John Logan’s drama Red. Each of them speak to me as an actor and I believe getting the opportunity to play them will not only fulfill a personal goal of playing a favourite character, but also allow me to explore the natures of each character and connect to them in a way beyond just interpretation from the script.

I know my career as a professional actor has only begun, but I believe it is always good to hold on to dream character roles that I would wish to portray someday.  Whether it be on stage or through media, it is important to have goals to pursue and the mindset to achieve those goals when the opportunities present themselves.

The beauty of the industry that I am pursuing to work in, is that new roles and characters are created every year in new plays, films, and video games alike, and it would be incredible to one day have a character known specifically for my portrayal of them, so I will be sure to keep as many doors and opportunities open as possible and never be picky because each character has a story and each of those stories deserves to be told.