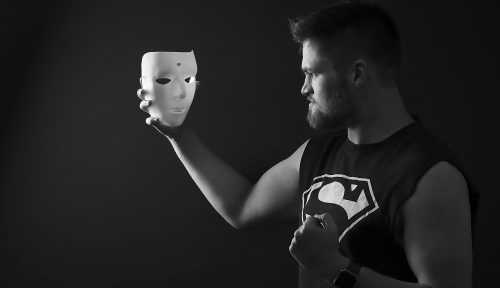 Hello, and welcome to Cole’s Notes Blog! Today’s entry will be a little bit different: it will consist of a comparison between two forms of performance that have rivaled each other since the turn of the century. Who will win the metaphorical boxing match? Opera vs Musical.

This match will consist of comparing these two titans of musical drama based on their similarities, their differences, and their impact on today’s entertainment industry and their audiences. The evidence will be based on my personal findings, watching and performing in both forms, and opinions from my singing teacher and quotes from an article on the Quora website, regarding the very subject of operas versus musicals.

For those that are wondering, “Cole, what brought up this topic for discussion”? This is due to my recent employment as Event Staff at the Four Seasons Centre for the Performing Arts in Toronto, run by the Canadian Opera Company. Either by working as an Usher or by getting staff discounted tickets, I get to see the performances of the operas during the season. It was after seeing the dress rehearsal of Norma that I began to question the similarities and differences of operas and musicals based on what the performers would do during the performances.

So, without further ado, let’s begin the analysis of our first theatrical fighter: Opera.

At first glance, many theatregoers could see how opera would be considered the first form of musical theatre to emerge on stage. Just like musical theatre, opera revolves around the combination of theatrical storytelling, music and singing, however the biggest distinction between the two forms is that opera is primarily sung and normally does not have spoken verse or spoken lines, in terms of conversation between characters and/or chorus.

My singing teacher and I agree on the theory that when it comes to the percentage of acting versus singing in an opera performance, it is typically between 20-30% acting and 70-80% singing based on one major reason: the level of training required by opera singers. The training requires them to perform complicated musical arrangements beautifully and have strong vocal projection, enough to fill an entire theatre over the accompanying music of a symphony orchestra. This shapes the nature of the performance of opera because it is strictly dependant on the delivery of the music and vocals, in accordance with the traditional expectations set by Four Hundred Years of performances that came before.

Opera has become such an intricate art form, it often takes four to five years worth of rigorous training for opera singers to master the method of singing opera. Charlotte Lang, a writer in the Quora article said the following: “Opera singers are trained to make a particular type of sound/tone when singing-they don’t utilize other sounds when singing. Purity of tone in the entire vocal range is paramount in opera.”

With this in mind, the fact that opera’s traditions have dominated the art form for centuries proves how dedicated it has been to preserving their unique performance style and methods AND it’s popularity as a medium in the world of theatre today regularly attracts audiences both young and old.

In terms of acting in opera, Ms. Lang stated the following, “Acting isn’t really as important as the singing-the emphasis in opera performance is on the ability to execute the difficult music well. If you are an amazing singer, but are a weak actor, that is forgiven more than the other way around.” I am sure that the seasoned opera viewer/historian would agree, and to a degree, I do as well. However, due to my studies and practices in theatre, I have come to the point that without convincing acting that not only makes the character relatable, but also believable, the actor will not achieve the recognition of a convincing performance. If there was not any acting in opera, it would be nothing more than a classical singing concert.

Lastly, in terms of performing in the genre, my only experience with opera was performing in The Rise and Fall of the City of Mahagonny, a piece lyricized by Bertolt Brecht and composed by Kurt Weill. This was during my final year of study at Brock University in St. Catharines, Ontario.

The production was a dream directing opportunity for a returning professor and was heavily influenced by the original production, however it became less of an opera and became a ‘play with music’. Out of the entire cast, only three actors, including myself, received training to sing prior to the production, and in turn, gave the director the incentive to focus on the acting and line delivery.

Through this experience, and seeing the Canadian Opera Company’s recent production of Norma, original composed by Vincenzo Bellini, I have gained a newfound respect for opera singers and the craft they master; yet, I find that a performance in opera becomes more than just singing showcase when the performers add life to the characters they play on the stage. Does their acting need to be perfect? Of course not, but acting is still necessary in opera nonetheless.

That’s all for now…Coming soon: The Analysis of Opera’s opponent: Musical Theatre!